Here at 3rd District Guardian, we believe in being a voice for the voiceless. As one of many organizations throughout the nation, we are the only party in a case whose sole responsibility is to speak up for foster children’s best interests. As a result, when we step in, children are twice as likely to be placed in a permanent, safe home at the end of their case. We are determined to recruit 100% more volunteers, and raise $300,000 more annually, in order to serve 100% of the vulnerable children in the Third District of Idaho. Scroll on to meet the incredible humans who make it all possible, and learn why we do what we do. 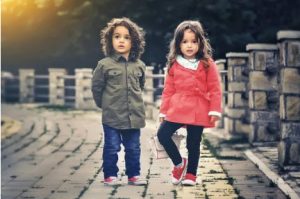 The Third District Guardian ad Litem Program is an independent non-profit organization committed to representing the best interests of abused and neglected children in the Third Judicial District of Idaho. We recruit, train, and supervise volunteers who advocate for this vulnerable population in our communities. The Third District Guardian ad Litem Program’s primary goal is to ensure that each and every child in the Third Judicial District is able to thrive in a safe, nurturing, and permanent home.